Sometimes, you gotta sit in the chair

I was in a post office with my grandmother (Nanny). We were all alone in a building which seemed much more like an institution of learning than a typical post office. There were orange lockers and beige lockers lining wide corridors.

Nanny was going to apply for the position of postmaster.

We were standing by a double bathroom sink in front of a large mirror where I wanted to drink water. I was thirsty. Nanny kept giving me bottled water.

There was a locked door, behind which we heard chatter and noises. Somehow Nanny felt she should investigate and managed to open the door. There was a young man sitting behind a desk. He was on the phone*.

It was a place he was clearly not supposed to be. Nanny was supposed to be there—it was her office, but she had disappeared. I was pregnant in the dream, about to give birth, like I am right now.**

I rebuked him for being in the room, in my grandmother’s chair. I had the sense that I had inherited her chair, her office, one that she never truly occupied.

“In the name of Jesus…” He ignored my verbal attack at first, but then he got off the phone, stood up, and walked toward me. Then he pointed behind us, and I heard a noise. Another menacing presence filled the doorway.

I was surrounded. There was no escape.

He threatened me for rebuking him, and I suddenly realized that I was in for a serious fight. We raised our voices to each other, like I constantly do in dreams where I am overtly rebuking The Enemy. The voice level always keeps going up, but I never win the argument.

Apprehension gripped me. I knew that if I were to successfully defeat him, I had to stand my ground, knowing I was the victor.

I woke up, the fear still visceral. The sensation stayed with me as I lay in bed and pulled the covers a bit closer. I heard a noise outside and realized that it was raining softly.

*He was a malevolent presence, which later I would call demonic, his feet up on the desk.

**At the time, I was pregnant with my middle child, Sophie.

No matter who you are, or what you believe, it isn’t a stretch to see that dreaming about one’s grandparents might speak to the concept of inheritance.

And I don’t mean money.

Two years later, I had this dream, when I was pregnant with my middle child, Sophie.

Nanny was the only grandparent I ever knew. The others had all died long before I was born. When I knew her, she was the family matriarch over 32 grandchildren. I fell somewhere in the middle of that pack, so I wasn’t close to her. Growing up, I visited Nanny on the occasional weekend, but she didn’t have a huge impact on my life.

At the time, all I understood about this dream was that Nanny had some opportunity that she failed to fulfill, and that somehow that same responsibility had fallen to me.

There I stood in the dream, pregnant with possibility, but unable to dislodge the usurper who sat in “my” chair, the one I had inherited from Nanny, who had also abdicated her responsibility to oust the one who occupied it.

When I had this dream, I asked my mother if Nanny had any regrets? Was there anything she wanted to do and failed to achieve, some big disappointment that defined her life? Mom paused over the soapy dishes in her sink. “No. If anything, my mother was completely passive.”

Nanny raised twelve hungry children in poverty, after her husband died in an accident at age 38. She was pregnant with number twelve at the time. Life was a series of dashed hopes and low expectations. Anxiety, depression, and dysfunction reigned in a time when such family issues were not acknowledged or defined. Relatives called them “those dirty Sherwoods.”

But despite these understandable hardships, my mother still called Nanny passive. Had she given up in some way? The word passive stuck with me for the next 25 years, and I related it to my own personality.

I dislike face to face conflict, for instance. If I respond with anger, I always feel guilty afterward, even if it was justified.

But the real revelation came to me in 2020, when I was researching a complex fat disorder called lipedema, that I inherited from my mother. I only learned about it in 2018 when I hit stage one (you can read my introductory blog post about the disease here).

I watched a video by an American researcher named Dr. Karen Herbst, who explained that lipedema is a complex lymphatic disease whereby the disordered fat cells of my lower body grow out of control and become fibrotic. Normal cells know when and how to release fat and fluid into the lymphatic system. But as fat enlarges the dysfunctional cells, “your body says, ‘that’s okay, I can handle that.’ It’s called compliance…they’re passive cells.”

Isn’t the word choice interesting? It shocked me, the first time I heard it. I have inherited compliance. Passivity. Right down to the very cells of my body.

In the dream, when I saw that I was surrounded, my first reaction was fear, and it lingered when I woke up. The dream was a metaphor, but the fear was real.

There’s no cure for lipedema. Research continues, but for now I must fight the good fight against a progressive, chronic disease, which I can only hope to slow down, not eradicate. The lifestyle changes are inconvenient—well, they’re a pain in the ass, frankly. I’m in a fight that I ultimately won’t win.

I must wear tight, medical compression garments every day for the rest of my life. Right now, 16 hours a day. But when the disease advances, I’ll wear them 24/7.  I paid for two private procedures to the tune of $22,000 (I took a part-time job to earn the dough) since 2018, to improve my long-term prognosis. They were not covered under Medicare. And I had to drive to Ontario in the middle of Covid to have one of them. I should have a third, but I don’t relish saving for another year to pay for it or go through the painful recovery.

Why bother? Why rage, rage against the dying of the light?

Because I now understand that instead of rebuking the fear, which only seemed to make it stronger, the solution was to go sit in the chair. The chair belonged to me already—it was mine, in spite of the fear.

Fear is a phantom. It lies. It obfuscates. It gets in my face, and all to redirect me from my mission: to fulfill the potential God has placed in me. How I choose to face obstacles has eternal consequences–maybe not just for me. Maybe for others, too? What about my kids? Do I want them to see me give up when I face impossible odds?

Every day is a choice, friends.

I recently volunteered for a real leadership position that I have found as difficult and uncomfortable for my personality and skill set as I imagined it would be. I was not qualified. I have made mistakes.

But I took the position because I was the only one who was willing.

And during sleepless nights, I have complained, “why did I volunteer for this? I have no idea what I’m doing.” And then I say to myself, “Stop raging at the fear. It only gets bigger.”

Some people may consider this stoicism, but it isn’t. My emotions would carry me away, if I let them. But I have decided to reject those passive cells.

A note about dreams

I have kept a journal by my bed since my early twenties, and a good portion of their contents are dreams, along with their possible interpretations.

As a Christian, I believe dreams are as significant to me today, as they were for people in the Old and New Testament. Over the years, I’ve found that God has used dreams to speak into my life, to challenge me, comfort me, and more rarely, give me insight into the situations of those around me.

Sometimes I’ve understood them immediately, and other times, they’ve taken much longer. Going forward, I will include a few here and there on my blog. No matter what your spiritual or psychological beliefs, I hope you find something here that’s to your benefit.

Feel free to comment! Tell me about your dreams. I would love to hear them.

Greatness in a rotten year 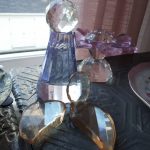 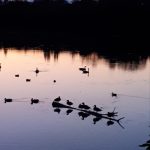 Leadership for Timid Souls
NEED TO GET IN TOUCH?