How to tell if you’re crazy

Late one night, the acute care section of the emergency room was filled with people (mostly seniors) who were all admitted and waiting for available rooms in the hospital.

My father was among them, and I waited with him to hear the results of a few tests. In the next bed was an old woman who was wearing a Johnny shirt, hooked up to an IV who clearly didn’t like the guardrails on her bed. She shook them continuously and the sound of the rattling metal eventually reached the ears of the nurses at the station.
A nurse came over and spoke to her from behind the curtain that separated us. “Mrs. So-and-so, you can’t try to get out of bed by yourself. You’ll fall.”

The old woman was undeterred. “I have to go the bathroom,” she squawked.

“Let me help you,” the nurse replied, while we heard the scrape of the metal rail. “The bathroom is right across from your bed.”

We watched the nurse walk the woman across to the bathroom. As she shut the door, she promised to be back in a few minutes.

Minutes later, the woman emerged from the bathroom with her IV in tow—long before the nurse returned. She paused there for a few seconds looking up and down the hall in confusion. She shrugged and smiled at us, and wandered down the hall, snooping at each person as she passed. Evidently, she had forgotten where her bed was.

Eventually the nurse found the old woman and returned to her to her bed. She chatted as though nothing happened. “Next time, ring the bell, okay?” the nurse said, as she snapped the metal rail back into place.

The nurse sped away, and I rested my head on my husband’s shoulder, waiting for news of my father.

From behind her curtain, we heard the woman next door shake her rail a couple of times. She snickered and muttered under her breath. “Crazies,” she said, and settled back on her pillow.

We laughed quietly for a long time. But it made us think that this is a perfect illustration of insanity: You’re not the one who’s mixed up—it’s the entire world. They’ve all gone completely nuts.

So remember—be humble out there, folks.

Tips for a successful writing retreat 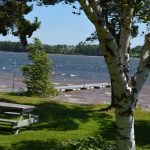 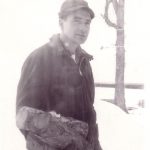 Memoir…Wisdom from my father
NEED TO GET IN TOUCH?