A word about fear

“So, first of all, let me assert my firm belief that there is nothing to fear but fear itself: nameless, unreasoning, unjustified terror that paralyzes needed efforts to convert retreat into advance.”

So said United States President Franklin D. Roosevelt during his inaugural address on March 4, 1933. Why would he make fear the topic of his speech?  The country was in the midst (as was the rest of the Western World) of the Great Depression, and it was the same year Hitler came to power. The drumbeat of war would grow ever louder from Germany—although I imagine Americans couldn’t hear it over their preoccupation with debt, unemployment, hunger, homelessness and taxes no one could afford to pay.

We are on week three of lock down in our little corner of the world, where 50 percent of us live in rural areas, and are naturally isolated. Still, as of this writing we have 66 cases of COVID-19 in a population of just under 780,000 people. A state of emergency requires the sick or just-returned travelers to stay home and urges healthy people to do the same, except for shopping for essentials and going outside for exercise.

My teenage son, an extrovert who never stops moving, is climbing the walls. His demeanour reminds me of a quote from the 2002 movie, “The Count of Monte Cristo.” The main character, Edmond Dantes, tells his prison mate, Abbe Faria, “I have seventy-two thousand, five hundred and nineteen stones in my walls. I’ve counted them many times.”

The aged Abbe Faria replies, “But have you named them yet?”

It does feel a bit like we’re all in prison (minus the rats, mistreatment by guards and inadequate food).

I have been thinking about FDR’s phrase a lot lately, “There is nothing to fear but fear itself.” It’s an axiom born of history, an academic statement that everyone can believe when we are not actually facing risk.

But to put into practice during a crisis is a different thing altogether. I wonder what it was like to hear him proclaim it at the time, when their country was in such a terrible state of uncertainty.

Right now, we are stuck at home in a time of technological interconnection, which is both the best and worst thing about the situation. The internet allows us to remain informed, to see and hear and speak to our friends and loved ones. But it also feeds our negative imaginations, our paranoia, and our speculations about how bad things might really get. The constant news cycle is not good for our mental health, and yet it reels us in. Politicians, pundits and media outlets of all ideological stripes seem to play on our fears in the most cynical way, with rhetoric and spin.

We ruminate about the future. Anxiety levels thrum in the people around me, and I see the vulnerable hanging by a thread.

Without a way to deal with the fact of pain and suffering (and even with it, if you don’t put your beliefs into practice) we will turn on each other. FDR obviously knew that, and for that reason I really like this passage:

“If I read the temper of our people correctly, we now realize as we have never realized before our interdependence on each other; that we can not merely take but we must give as well; that if we are to go forward, we must move as a trained and loyal army willing to sacrifice for the good of a common discipline, because without such discipline no progress is made, no leadership becomes effective. We are, I know, ready and willing to submit our lives and property to such discipline, because it makes possible a leadership which aims at a larger good. This I propose to offer, pledging that the larger purposes will bind upon us all as a sacred obligation with a unity of duty hitherto evoked only in time of armed strife.”

If you read FDR’s whole address, you will see that it takes on a religious quality, and in fact, he uses a few scriptures from the Bible within the flow of his speech. He knew that his country needed to cling to something transcendent during such major challenges. I might go out on a limb here and say that a lack of transcendence is one of the things that contribute to fear in our modern secularism, which is aggressively agnostic in public spheres. At the same time, we focus so much on individual rights, happiness, freedom and security, which is built on nothing but the here and now. The result is a culture that doesn’t deal with pain, suffering and uncertainty very well. There’s no way to handle such horrors in our thinking.

Today, Canadians are cut off from the experience of our forbears by our relative wealth and comfort, so much so that any inconvenience—anything that requires some patience—has become completely intolerable. It’s not an accusation, it’s just the reality of an easy life. I am speaking to myself as much as anyone else.

As I write this, I’m in the comfort of my little home office, staring out the window at my back yard where the snow is melting, and I look forward to spring. So far, our jobs are secure. I’m drinking coffee and smelling the pork roast baking in my oven, and I must thank my God, because things could be so much worse.

Jesus said, “I am leaving you with a gift—peace of mind and heart. And the peace I give is a gift the world cannot give. So don’t be troubled or afraid.”

So far, I’m healthy. My family is healthy. We have complied with the requests made by those in authority, and we hope for the best. But if the day comes that things grow worse, then will be the time to press in, and cling ever closer to the ideals that were only academic before. 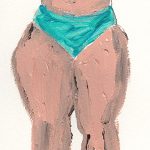 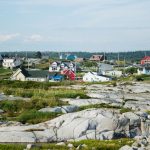 Scene from a song
NEED TO GET IN TOUCH?