Ever changing, but ever the same – an anniversary meditation

Every marriage falls into distinct patterns. After 28 years, one of ours is that we are not good planners.

Planning requires certitude and delayed gratification, the breaking down of costs, budgeting, saving and scheduling. “How can I possibly plan for next October?” This is my knee-jerk reaction. “I don’t have the resources, and I have no idea what might happen by then, anyway.”

So, once again, instead of heading on a trip we planned a year or two in advance, we hiked at Fundy National Park and called our day “spontaneous.” Most years, we end up doing the same things in the same places, on the same old trails.

It’s not as boring as it sounds. Fundy Park is one of our favourite places in the world, and there are little changes everywhere, if you look.

Our hikes are a pretty good metaphor for our marriage, and for the kind of person I’d like to be. But I’ve often wondered if people can ever really change?

A systematic review of 207 psychological studies revealed that some personality traits are successfully changed through clinical interventions, at least for a few months or a year. But did those changes result in the adoption of something brand new, or was it simply the restoration of the patient’s true, functioning self?

In theory, I’d like to be a good planner—like many of my friends who travel and do other interesting things—so I can expand my life experience. But would it change who I am as a person? I can force new habits on myself, which require constant discipline, exercised because the goal is more important than my laziness. But if it’s not my natural tendency, won’t it always be a battle?

Hurricane Dorian made its mark this year. Many trees along the path, which at one time stood tall and resolute are broken or fallen, hanging on only by the network of roots in the mossy earth. The path squishes and creaks under my weight like an old mattress. Is it safe? Will the roots hold?

I am fundamentally the same person I’ve always been. I think my husband is, too. But many storms have caused us pain–ripped us out by the roots. There’s no way to avoid it. We might have seen it coming, but we had no idea how devastating it would be. All we can do is take cover and clean up when it’s over.

Every crisis requires action. We’ve moved old stuff out of the way and cut new paths when the old ones have no longer served us. It can be sweaty work, but beyond it lies the satisfaction that together we’ve built something new that will serve others in the years to come.

And along the way, it hasn’t all been hard work. The landscape and the tides provide familiar sights and sounds: the dappled light among the ferns and birches, the crash of the waves breaking against the rocky cliffs, the sough of the breeze through the spruce trees, and the chitter of squirrels and birdsong.

Despite my desire to do new things, I’m grateful for the peaceful contentment of the well-worn path. These are the places I return to again and again. They provide the hope and assurance that there are some things that will stay the same, even as they change. 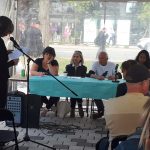 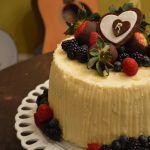 Teach us the number of our days
NEED TO GET IN TOUCH?