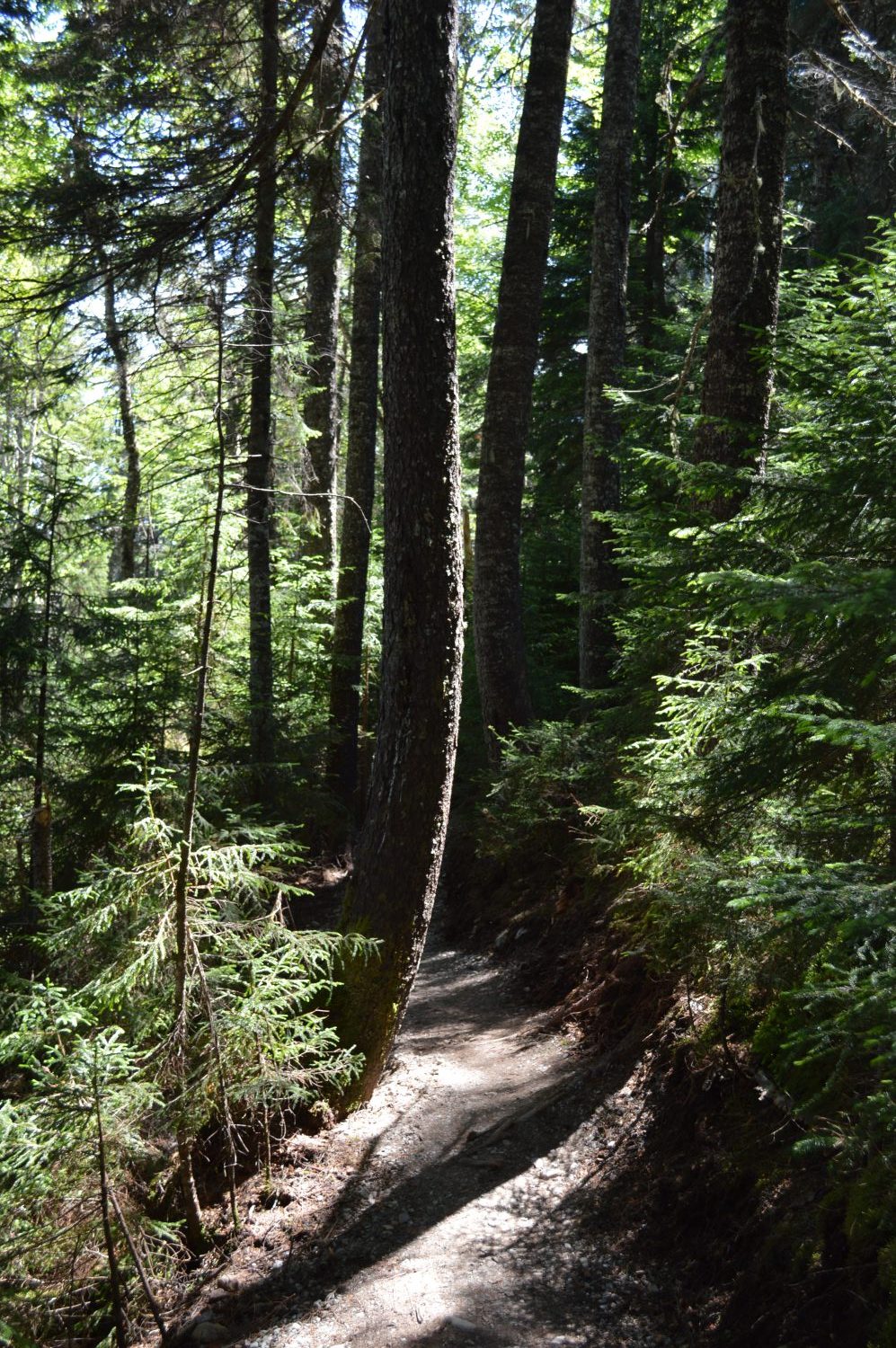 Rhonda saw the strangest sight during her evening run. A Long Brown Snake reposed at a tiny table, set for tea just off the woodland path. He invited Rhonda to join him.

“Will you share my nutcake and Earl Grey?” L.B. asked, while he patted a spot beside him with his whirly tail. “I’m chilly and I would love to cozy up to you.”

Rhonda wasn’t sure if she should stop, since she’d already had her share of dessert today. But she was rather thirsty, so she stopped and poured a teeny cup.

“What would you like to talk about?” Rhonda was anxious to be an amusing tea companion for her new friend. She took a grainy bite of nutcake, which tasted more like bugs. “We could discuss the American election. Everyone seems to be caught up in it, even though it is a dreadful mess.”

L.B. Snake agreed. He put his cup down while he swished his flat head side to side and issued a mournful hiss. “I quite agree. Statesmen yesterday, statesmen tomorrow, but never any statesmen today.”

“States-persons,” Rhonda corrected. “It is the twenty-first century.”

It was an unsuspecting moment, for as she drew closer it didn’t look out of the ordinary. “Nothing but a long, brown stick,” she said.

But once she was within two inches of the stick, it moved, reared up its long flat head and swayed towards her!

Rhonda screamed. She jumped at least four feet in the air and burst forward at breakneck speed, while the man who had just passed by nearly fell off his bike at the sound of her terrified voice.

Unfortunately, for the rest of her run she saw snakes, snakes, everywhere she looked.

Every time she saw something suspicious, her feet jumped in the air and she nearly lost her balance. “Oh, God. Is that another snake?”

That time, it was actually a stick.

“I see another brown thing,” she cried aloud, a short time later. Thankfully, it was only a tree root.

Her eyes caught movement on the right hand side of the path and she gave it a wide berth, just in case. But no matter, it was a long dark rut from a bicycle tire.

By the time she had been surprised by a couple of loud rustles in the ditch, Rhonda decided she’d had enough nature and beat it home via the city streets. She looked forward to the day when her regular path around her neighbourhood lake was re-opened, and all she had to avoid was goose poop.

(I know, Lewis Carroll is better. Or A.A. Milne. Whoever.)
But really. Who in their right mind would have tea with a snake?

The process of progressSubway Etiquette
NEED TO GET IN TOUCH?