We are Moncton, and we are not afraid 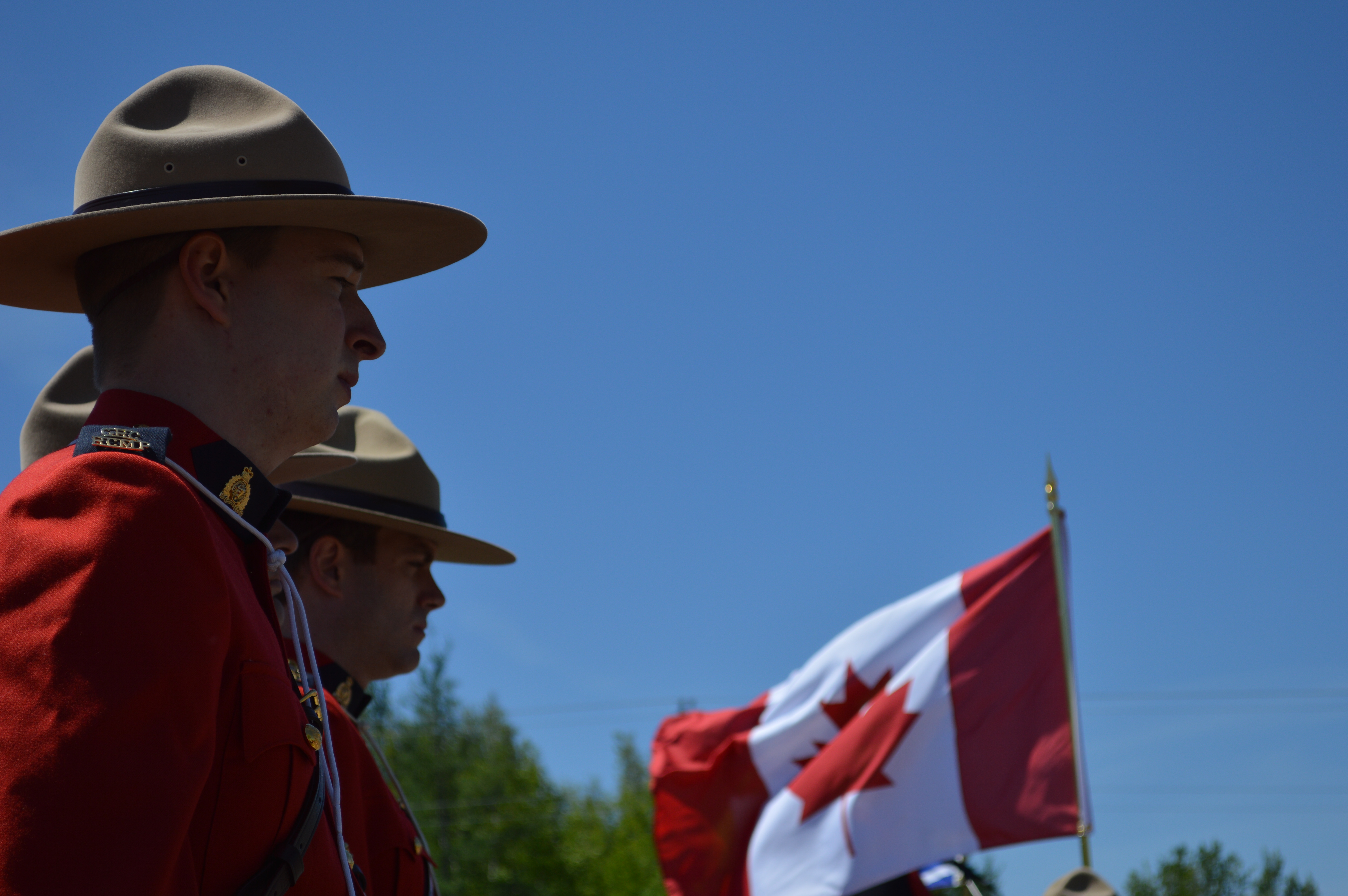 A man doesn’t plant a tree for himself. He plants it for posterity—Alexander Smith

Earlier today, Glad Tidings church in Moncton, New Brunswick, dedicated a green space on its property to the memory of three fallen RCMP officers killed in the line of duty June 4, 2014. They were killed by a lone gunman in the city’s north end, where the church is situated.

(You can watch the news clippings here and here.

Mayor George LeBlanc, Codiac RCMP Superintendent Paul Beauchesne, RCMP Chaplain Rev. Dr. Gary Cowper, and Fundy-Royal MP Rob Moore were present for the event. I imagine it was one of many functions they’ve attended this past week, which marks the one-year anniversary of the dreadful shooting and the subsequent 30-hour manhunt within the city’s north end. Police had asked people to stay indoors while they searched for the gunman, including the youth group of Glad Tidings, which was holding its regular weekly meeting at the time. 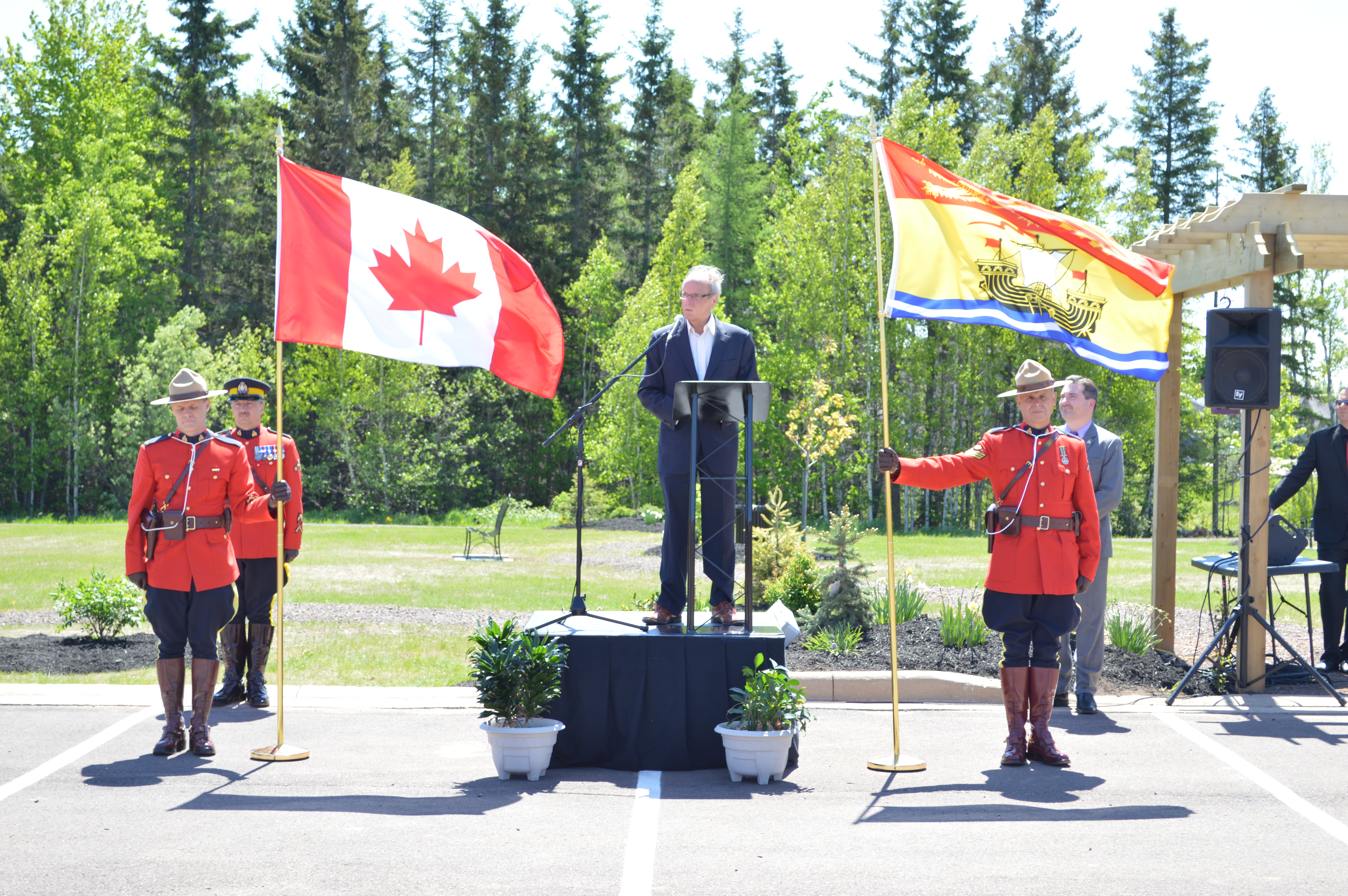 But today, in the sunshine and the brisk breeze, I listened to polite applause and gracious speeches. I had a snack or two, chatted with area residents and gave my opinion as a church member to a reporter. Then I wandered around the fledgling park—the grassy areas not yet fully grown in, flower beds spare, entrance trellis not yet resplendent with Virginia creeper. Maple saplings and other large shrubbery have been planted around the perimeter, but it will be decades before they are big enough to provide ample shade.

For a moment, I felt a pang of disappointment that I would not live to see the park in its fullness, when the maple trees are 50 feet tall and the gardens are mature and the wrought iron elements have weathered and require maintenance. Instead, this will be a luxurious sight for my grandchildren.

But it’s all right, for I can imagine what it will be. I looked over my shoulder during the speeches, distracted by the sound of children who were already making joyful noises on the adjacent BMX pump track, completed last fall. How fitting. Their parents looked on, relaxing on a bench while they chatted away. Someone meandered with their dog around the gravel path, gawking at the proceedings. 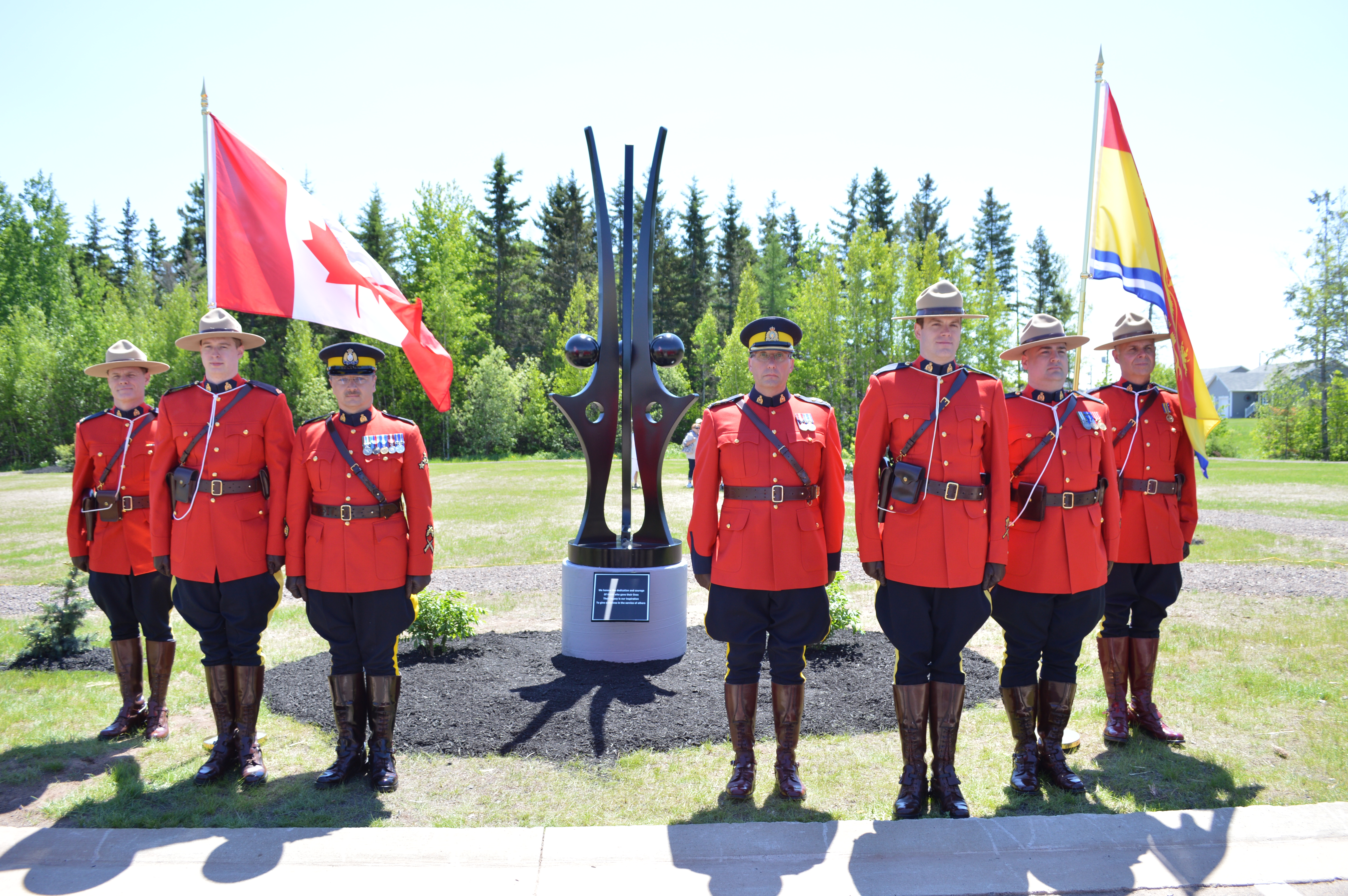 So I may not be around to see the end result, but I have been privileged to witness the beginning. True, it’s only an urban green space next to a church building, but to me it is a symbol of a community who speaks with a collective voice. By our small investment, we are saying that we respect authority and the rule of law and we respect those professionals among us who make it their job to protect the public at considerable risk. We are not willing to forsake these values because of one delusional person who doesn’t share them.

Most importantly, the park is a symbol that our community refuses to give into fear.

In the days and weeks following the shooting, there was much discussion in the news about Moncton’s terror and the loss of innocence that followed. Random attacks happened in larger centres, we thought, not in the isolated, languid Maritimes.

Would Monctonians fear to walk outside from now on, or even wander around the mall? Would we still send our children outside to play? From this moment on, would we become an indoor society?

I say we never will be.

I say we maintain our wonderful lifestyle and improve on it. The creation of Honour Park is an act of faith—the faith to believe that peace and hope and love will always reign and will always overcome the incursions of evil. There is room for prudent vigilance, certainly, but not the kind of anxiety which forever shackles us to our living rooms with the curtains drawn.

People still care about each other and we are still community-minded.

So, dear Moncton readers, please visit Honour Park. Sit on a surprisingly comfortable wrought iron park bench and read in the sunshine or walk the dog (don’t forget to pick up the poo). Have a picnic, or bring your bikes and show-off your pump track skilz. Be thankful for those who paid the ultimate price so you could enjoy this simple human activity.

In this way, regardless of your religious affiliation (or lack thereof), I believe such actions will serve as your act of faith, too.

My love letter to NBA New Year’s Resolution for every year
NEED TO GET IN TOUCH?