How Ravi Taught Me To Argue

All my life, I’ve been a debater. I could never pass up a good debate, and neither could any of my relatives.

They didn’t just yawp and bellow about politics. It was every topic. Everything. My extended family gatherings were often quite shouty places.

While I still think there’s value in the back-and-forth discussion of an issue, I never loved the descent into argument. As my passion rose, unbidden tears would spring forth. I would berate myself for it later, for it seemed like weakness. “Why? Why do I always cry, for God’s sake?”

Before I knew it, the process would begin, and each one had the same ending–we did not meet spirit to spirit, but turned back to back.

Every time, I promised myself I would never argue again. And that’s when panic set in. If I don’t have a good, quick, tight answer, I can’t win, can I? And I think that’s really what I was passionate about. Not about the pursuit of truth, but about proving I was right.

Being wrong was the real issue. I can’t be seen not knowing stuff. Here I am in my fifth decade, and I realize that the drive to never be wrong—pride—is responsible for those three deep lines etched between my eyebrows.

This method of dealing with people went on for quite some time. I became a Christian as a college student, which didn’t go over very well in my secular family. I stopped engaging on many levels.

But we all have heroes.

About 15 years ago, I began listening to Ravi Zacharias, a world-renowned Christian thinker, speaker, evangelist and apologist for the faith. I tuned into his podcast every morning, read several of his books and watched almost every university talk, debate, and Q & A period on YouTube. He spoke in every region of the globe, to secular and religious folk alike, sometimes in very dangerous places and situations.

The slogan of his organization was, “Helping the Thinker Believe and the Believer Think.” I greatly admired his intellect and the delivery of his ideas. How respectful he was, no matter who he was addressing. Bold, truthful and assertive, but always incredibly soft-spoken and respectful. He mentored all the speakers in his organization, all gifted in their own right, to do the same.

He died today, at age 74, after a short battle with a malevolent form of bone cancer. And I cried because I had found in him a mentor in the subject of debate. He taught me how to handle my lifelong battle with communication. He showed me how to contend for the faith in the most loving way possible, especially toward people who are hostile to my position.

But his posture didn’t just affect my discussions about faith. I present my ideas more loosely in one sense and more strongly in another. As long as I hold them in humility, ideas can pass through me, instead of defining me. Ravi’s style of delivery taught me to choose my battles.

This is more important than ever in a modern society that is filled with group think. On the basis of very cursory discussions, we push each other into ideological and political groups, thus dismissing each other as stupid, and not worth considering. The group defines the person.

But as believers, we know that God knows us all intimately as individuals.

To find meaning in life, these are the four questions every person must answer, Ravi asserted. Does truth exist, and does it matter? If it does, can you follow it where it leads, especially if it takes you in a different direction? He encouraged me to investigate all the reasons why faith and reason are not mutually exclusive and helped me explain my own experiences in that light.

Behind every question is a questioner

Of all the chewable meat he provided, though, for me this was his greatest quip. How I answer a person is more important than what I say. Respect always, not disdain. The understanding that this person’s vehemence or frustration or cynicism comes from experiences that I know nothing about, but my answer might soften them enough to give me a longer hearing.

In fact, it makes you look less of a fool if you don’t speculate about things you don’t truly understand. It shows more humility to say, “I’m not sure how to answer that. I’ll think about it and get back to you.” Incomplete knowledge doesn’t negate what you already know to be true. It just opens up another realm of discovery, for the questioner and for you. We all have a responsibility to contribute where we can and recognize when the contribution belongs to others. It’s prideful to think I can be all things to all people.

My motivation should be to love as Christ did, and to let that love imbue every word and deed. I can’t control the outcome, but I control whether or not I show love while I speak what I believe to be the truth. That is the salt that gives debate flavour. If Ravi-Ji’s intention was to teach people this in his ministry, I would say he succeeded, at least with me.

For myself, I am reminded of the Apostle Paul’s words to the Philippians. “Not that I have already obtained it or have already become perfect, but I press on so that I may lay hold of that for which also I was laid hold of by Christ Jesus. Brethren, I do not regard myself as having laid hold of it yet; but one thing I do: forgetting what lies behind and reaching forward to what lies ahead, I press on toward the goal for the prize of the upward call of God in Christ Jesus.” 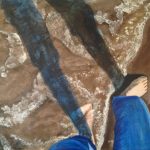 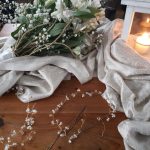 My Last Fancy Dinner
NEED TO GET IN TOUCH?